Hello, guys, we are back with another article, This article is about new innovations in road transportation. Basically, we used reinforcement concrete roads and bituminous roads but nowadays there is the trend of making solar roadways.

Solar roadways are basically used to generate electricity and reduce global warming. The first implementation of this roadway is in France.

WHAT ARE THE SOLAR ROADWAYS ?

Basically, the solar roadways are the road surface which generates Electricity by using a solar photovoltaic cell. These cells are embedded below the tough glass layer.

NOW QUESTION ARRIVE THAT WHAT IS PHOTOVOLTAIC CELL ?

When these two doped silicons join with each other then it will make a junction at end of P-type and N-type silicon. This will make a permanent electric field at the joint. And when sun energy applied in form of light or heat at the junction then it will increase potential and there will be a flow of electric current this is the operation of a solar photovoltaic cell.

We have classified the construction component of the solar roadways into three-part.

Lets we discuss these components of solar roadways step by step.

This is the top layer of the road. The glass is durable, fire-resisting, and sufficiency tough to carry vehicle loads.

This layer is provided below the glass layer. This layer consists of a solar photovoltaic cell And it transfers light energy to electric energy. It also contains a microprocessor board with support circuitry for controlling heating elements in view of reducing snow.

3)Base Plate layer For Solar Roadways

This layer provides at bottom of the Electronic layer. This layer collects all electric energy and transmits & distributes energy to commercial use or industrial use.

The working of solar roadways is simple in which light of the sun falls on the road surface which is converted to electric energy by means of photovoltaic cell and distribute by base player layer.

CAN CAR’S MOVE ON SOLAR ROADWAYS ??

When we think about these solar roadways a question arises that can cars move on this roadway? If vehicles cant move then this road is useless. 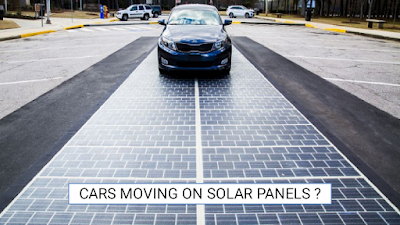 The answer to the question is ‘Yes We Can’

We can drive a two-wheeler, four-wheeler, and light loaded vehicles. But it’s difficult to drive heavily loaded vehicles. So this type of roadways is used in city where heavy loaded Vehicles are not permitted.

WHY WE USE SOLAR ROADWAYS ?

There are two main reasons behind using this types of roads.

As we know the problem of global warming is increasing day by day. So to reduce global warming we have to use fewer amount coals,  petroleum products for doing this we have to go with an electrical motor. Ultimately solar roadways will be used to supply electricity to electric motors.

Solar roadways are used to generate electricity which is used as a commercial or industrial.

The various type of features are 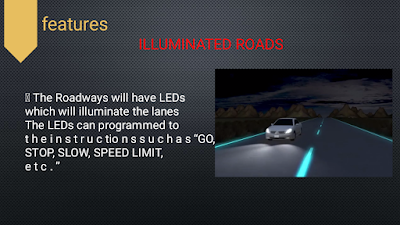 Lanes of roadway contain LED light which are directly operated by electronic layer. This LED illuminates the road surface. 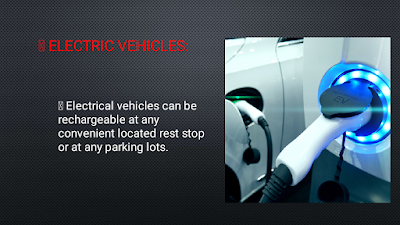 The energy which is generated by the road surface is used for filling electricity in an electric car.

The road heats themselves with their embedded heating element so its reduces snow or ice on top of the road surface. 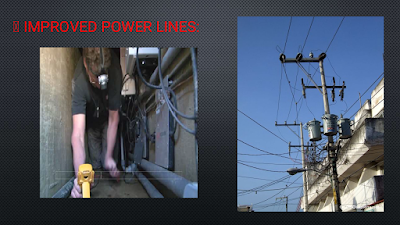 The various advantages of solar roadway are

1.Electricity generation
2.Eco-friendly
3.The solar road plate is completely recycled or reusable
4.Ice/snow management as shows above.
5.Reduction in the usage of nonrenewable energy. 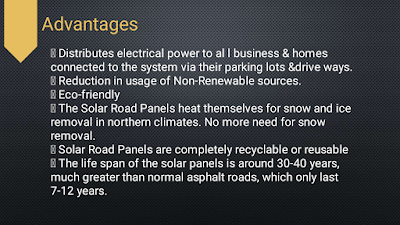 I Hope You Like Our Article “New Innovation in Civil Engineering |Solar Roadways|” Please Don’t Be Cheap To Share This Article with your Friends.