This is the instantaneous speed of a vehicle at a specified section or location.

Average speed is the average of the spot speeds of all the vehicles passing a given point on the roadway.

It is the average speed maintained by a vehicle over a particular stretch of road, while the vehicle is in motion.

It is the effective speed with which a vehicle traverses a particular route between two stations. It is also called Journey speed

1. At all major highways.

2. At all high accident frequency points

3. At all points where installation of traffic signals and stop signs are contemplated.

4. At other representative locations for collecting basic data for future planning.

The spot speed studies are usually made in good and normal weather.

The study is useful in any of the following aspects of traffic engineering :

1. To use in planning traffic control and in traffic regulation.

3. To use in accident study

4. To study the traffic capacity

5. To decide the speed trends.

Measurement of Spot Speed Is Divided Into Three Parts

BY MEASURING THE TIME REQUIRED TO TRAVEL KNOWN DISTANCE

This also divided into the following parts

Selection of Base Length:

For long-base methods, the Institute of Traffic Engineers (1965) has recommended certain base lengths for spot speed determination at different average speed ranges of the traffic stream.

This is the best and most direct method for spot speed determination. Two observers are stationed at a convenient distance (50 m) specified they will see one another. the first one starts a stop-watch as a vehicle crosses the first indicator and stops it on a signal from his counterpart the instant the vehicle touches the opposite end of the section. 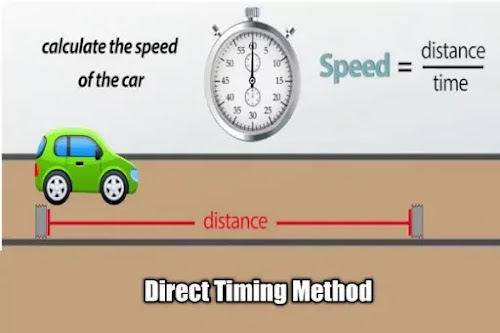 If the timing is finished by one observer, the measurement may be made up of a convenient point within the section on one side of the road at a rather higher elevation so both the timing spots will be seen directly.From the known distance and therefore the measured time intervals, speeds is calculated. a talented observer can read a stop-watch to an accuracy of 0.2 second. If the observer can station themselves in an not easily seen way, the speeds calculated aren’t influenced by the driver’s reaction to figure. The disadvantages of this approach are that the readings are influenced by the observer’s interval and also the parallax effect in observing the vehicle position.

Enoscope is a mirror box supported on a tripod stand. In its simplest principle, the observer is stationed on one side of the road and starts a stopwatch when a vehicle crosses that section. 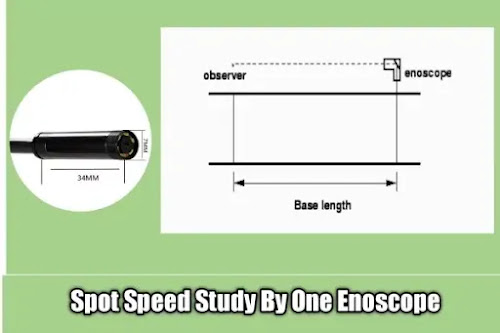 An Enoscope has placed at a convenient distance of say 50 m in such a way that the image of the vehicle is seen by the observer when the vehicle crosses the section where the enoscope is fixed and at this instant, the stopwatch is stopped.

The time required for the vehicle to cross the known length is found and is converted to the speed in kmph. 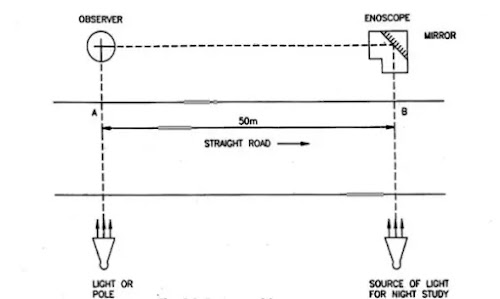 The main advantage of this method is that it is simple and cheap equipment and is easy to use.

The main disadvantage of this method is that the progress is too slow to  spot out typical vehicles and the number of samples observed will be less.

The possibility of human error is high. 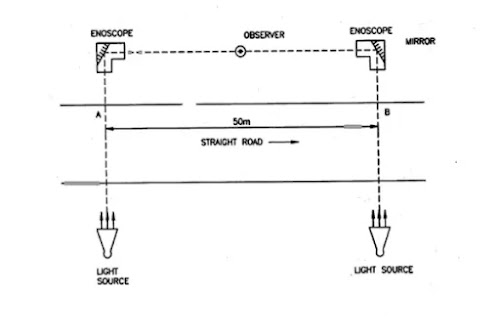 In this method, pneumatic tubes are used as detectors to indicate the time of entering and leaving the base length.

When a vehicle passes over the tube laid at the first reference point, an air impulse is sent, which activates an electromagnetically controlled stopwatch in the hands of the observer. 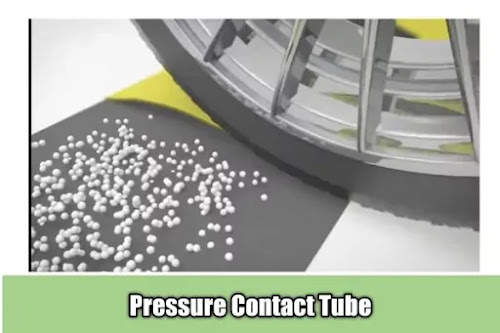 When the vehicle passes over the second tube, the stopwatch automatically stops. The reading is noted by the observer. Alternatively, the readings can be recorded by automatic data recorders.

The main disadvantage of this method is that the contact tubes are easily seen by the drivers and this may affect their behavior.

Here, the base length is very short, say 2 m to 3 m, and electronic instruments are used along with pneumatic table detectors. Recording may be manual or automatic.

In this method requires the use of pneumatic tube and air switch, or electric contact stripes as detectors. On actuation, the current in milliamperes is allowed to accumulate in a condenser for a period time of two electric pulses from the switches on the road. Vehicle speeds is recorded only manually but the meter is calibrated to read the speed in kilometer per hour (km/h)

Radar speed meters work on the principle of the ‘Doppler effect’. 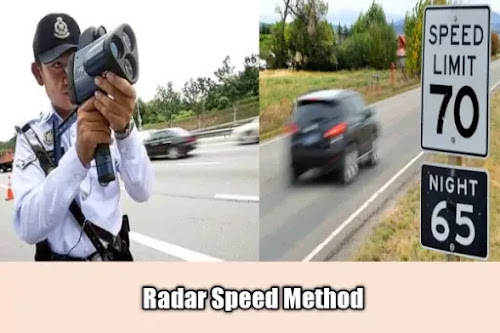 The instrument directly measures the speed, and an accuracy of at least t 1.5 km.ph. is possible.

The instrument is battery operated and is portable. The speed meter is so kept that the angle between the direction of travel of the vehicle and the axis of transmission of the radio waves is as low as possible, say within 20°.

The instrument is set up near the edge of the carriageway at a height of about 1 m. The speeds of vehicles in both directions can be observed by this method.

Photography with time-lapse cameras has been successfully used to determine spot speeds of vehicles even in crowded zones. Photographs are taken at fixed intervals of time (say, one second per exposure) using a special camera. 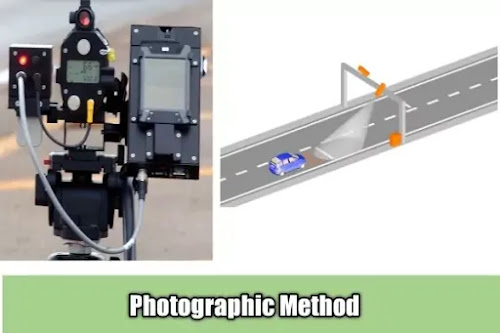 The passage of any vehicle can be traced with reference to time by projecting the exposed film on a screen. Video cameras also may be used for the purpose.

To facilitate easy computations, the first step in the analysis of spot speed data is to group them into speed-class intervals and a frequency distribution table are constructed, as given below.

The Spot Speed Study Data Can Be Presented Graphically In The Following Ways :

The histogram is a plot between speed interval (speed range) and frequency %. A frequency distribution curve, of spot speeds is plotted with average values of each speed group of vehicles on the x-axis and % of the vehicle (frequency %) on the y-axis. 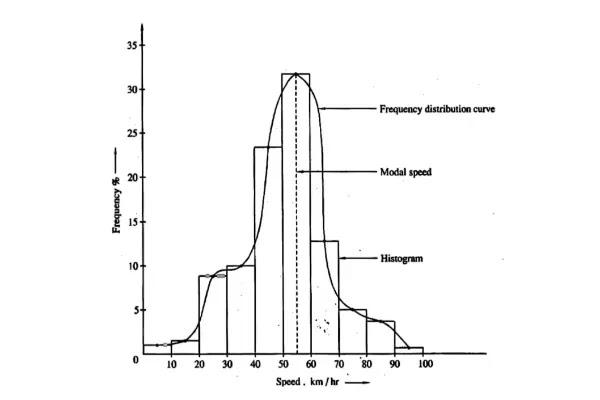 Modal speed: The speed corresponding to the peak of the frequency distribution curve is called modal speed.

The modal speed indicate the speed at which the greatest proportion of vehicles travel.

It is used for determining the number of vehicles travel above or below given speed. 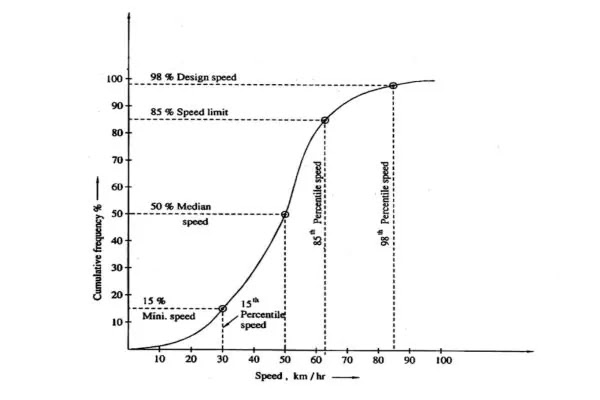 The speed corresponding to 85% cumulative frequency in the cumulative speed distribution the graph is known as 85th percentile speed.

98th percentile speed is taken as the design speed for a highway.

The 15th percentile speed is the minimum speed.

The average speed of different vehicles measured at a particular section of the road is called time mean speed. 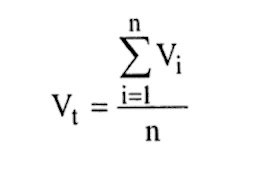 n = No. of the vehicle observed

It is the speed of vehicles on a road length measured at different sections but at the same time. 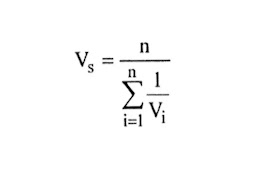 Measure of Central Tendency And Dispersion

One of the measure for determining central the tendency of speed data is the arithmetic mean, which is the average of the observed speed. 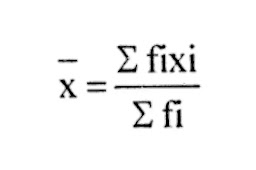 fi = number of speed observations in a group I

xi= midpoint speed of group i

The standard deviation of a grouped frequency distribution is given by: 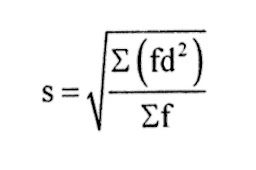 I Hope You Like Our Article “How To Carried Out Spot Speed Study In Traffic Engineering ?“ Don’t be Cheap To Share This Article with your Friends.